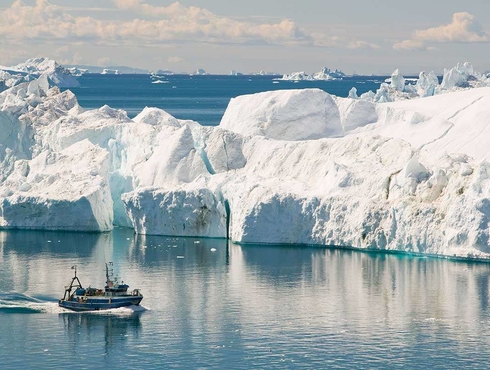 keyboard_backspace
5 Views
Sea level rise could hit 2 metres by 2100 - much worse than feared
May 21, 2019
<h4>There is a 1 in 20 chance that runaway carbon emissions could result in a 2-metre sea level rise, which would have &#34;profound consequences for humanity&#34;</h4>
SPONSORED CONTENT

<p><span style="font-size: 1rem;">NEW SCIENTIST -- The world’s coastal cities have been warned to prepare for the possibility of a sea level rise exceeding 2 metres by the end of the century, with “profound consequences for humanity.”</span><br/></p><p></p><p><br/></p><p></p><p>A new assessment found runaway carbon emissions and melting ice sheets could result in such a worst case scenario, potentially double the upper limit <a href="https://www.ipcc.ch/site/assets/uploads/2018/02/WG1AR5_Chapter13_FINAL.pdf" target="">outlined by the UN climate science panel’s last major report.</a></p><p><br/></p><p>Such big sea level rises so soon would lead to nightmarish impacts, says Jonathan Bamber of the University of Bristol. “If we see something like that in the next 80 years we are looking at social breakdown on scales that are pretty unimaginable.”</p><p><br/></p><p>Around 1.79 million square kilometres of land could be lost and up to 187 million people displaced. “Many small island states, particularly those in the Pacific, will effectively be pretty much inhabitable. We are talking about an existential threat to nation states,” says Bamber.</p><p><br/></p><p>His team came to their conclusions after taking evidence from 22 leading researchers on how the Greenland and Antarctic ice sheets might respond to future climate change.</p><p><br/>
SPONSORED CONTENT
<br/></p><p>Aggregating the responses revealed a one in twenty chance that seas could rise by more than 2 metres by 2100 if unchecked carbon emissions lead to average global warming of 5°C, about 2°C more than the temperature rises current government pledges would lead to.</p><p><br/></p><p>“It’s unlikely but it’s plausible. We are talking about a 5 per cent probability,” says Bamber, of how the ice would react to such extreme warming.</p><p><br/></p><p>The UN’s Intergovernmental Panel on Climate Change report said in 2013 that the worst case for sea level rise is 98 centimetres by 2100, plus potentially a few tenths of a metre extra from Antarctica if it began collapsing this century. Bamber says the IPCC is missing possible serious impacts by not looking at plausible but low probability increases.</p><p><br/></p><p>So what’s changed since 2013 to explain why future sea level rises might be so much worse? The science has become increasingly uncertain as researchers learn more about how ice sheets respond to warming.</p><p><br/></p><p>One factor is that relatively new satellite measurements are showing ice mass loss happening faster than models expected. Another key one is the idea that ice cliffs in Antarctica could collapse under their own weight after buttressing ice sheets supporting them are melted by climate change.</p><p><br/></p><p>The risk of a disastrous 2 metre sea level rise can still be avoided if emissions are cut quickly enough, says Bamber. “We can make some choices but we have to make them very soon.”</p><p><br/></p><h5 style="text-align: left;">Thank you to our friends at <i>NEW SCIENTIST</i><i> </i>for providing the original articles below</h5>

About Corey R Jackson
My Contact: 8055408234 My Email: calicore3@gmail.com
Welcome to my Powur news. I hope the incredible news on this site inspires you and I encourage you to discover the benefits of going solar for yourself by clicking GoSolar. Learn how you can join our movement to connect the world to sustainable technologies and get paid by clicking Learn. If you have any questions, give me a call or shoot me an email above.
SPONSORED CONTENT
110520 Views, Technology
Solar window blinds both block and harvest sunlight
67393 Views, Politics
Solar Supporters: Florida's Amendment 1 Is a 'Wolf in Sheep's Clothing'
57532 Views, Solar
During Puerto Rico’s Blackout, Solar Kept The Lights On
49076 Views, Energy
Solar, batteries, and EVs will disrupt the $6 trillion energy industry, says Peter Diamandis
31329 Views, Climate Change
Earth Just Passed 410 Ppm CO2 Levels For The First Time in Human History
1308 Views, Solar
New Survey Reveals 70% of Americans Support Nationwide Solar Panel Mandate on New Homes
731 Views, Energy
Bloomberg Plunges $500 Million Into Clean Energy
524 Views, Solar
California has too much solar power. That might be good for ratepayers
476 Views, Solar
Solar energy expert shares blueprint for a carbon-free future in PV-tech power
607 Views, Solar
Why Tesla Should Abandon Solar Energy -- The Motley Fool
ABOUT POWUR
The most important transfer of wealth in history is happening right now as global economies trades dirty energy for sustainable, renewable technologies. Powur gives you the chance to play your role in the most important industry shift on the planet and earn a great part time or full time income as a solar-preneur. Visit our social media profiles to engage with the Powur community.