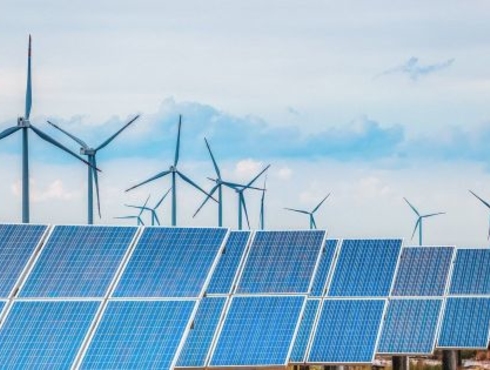 keyboard_backspace
622 Views
Tesla's powerpacks will help power the world's first solar and wind energy storage project
Dec 19, 2018
<h5>The project's 4MWh requirement is measly compared to Tesla's construction of a 100 MW/129 MWh Powerpack energy storage system.</h5>
<p>FUTURISM -- After successfully landing a contract to build what would be the world’s largest energy storage system, and to install batteries in New South Wales, Tesla has landed another deal to supply Powerpacks to the first solar and wind energy storage project in the world.</p><p></p><p><br/></p><p></p><p>Windlabs, an Australian renewable energy development company, announced on Thursday that they’re moving forward with plans to build a solar and wind energy farm at the Kennedy Energy Park in North Queensland. The project, which costs some $160 million, will be a joint construction under Vesta and Quanta. The former will be providing the wind turbine, and Tesla will be supplying Powerpacks for energy storage.</p><p><br/></p><p>“Kennedy will consist of 43.2MW Wind, 15MW AC, single axis tracking Solar and 4MWh of Li Ion battery storage. The project will use twelve Vestas V136, 3.6MW turbines at a hub height of 132 meters; the largest wind turbines yet to be deployed in Australia. The Li-Ion storage will be provided by Tesla,” according to the press announcement from Windlabs.</p><p><br/></p><p>Solar and wind energy, while effective at providing power, require specific circumstances in order to generate energy. It’s necessary, then, to store whatever energy is generated at peak hours so they’ll be available to supply the grid at non-peak times. This is where battery storage comes in; something Tesla has advocated for with the Powerwall and Powerpack.</p><p><br/></p><p>The Kennedy project’s 4MWh requirement is measly compared to Tesla’s construction of a 100 MW/129 MWh Powerpack energy storage system. Though, as Electrek points out, there is the potential for scaling. “We believe Kennedy Energy Park will demonstrate how effectively wind, solar, and storage can be combined to provide low-cost, reliable and clean energy for Australia’s future,” Roger Price, executive chairman and CEO at Windlabs, said in the press release.</p><p><br/></p><p><a href="https://youtu.be/lr48Q1GRd08" target="">CLICK TO WATCH HERE</a></p><p><img class="ta-insert-video" src="https://img.youtube.com/vi/lr48Q1GRd08/hqdefault.jpg" ta-insert-video="https://www.youtube.com/embed/lr48Q1GRd08" contenteditable="false" allowfullscreen="true" frameborder="0"/>​</p><p><br/></p><p>The Kennedy project’s combination of solar and wind is expected to generate a significant amount of energy, and it’s just the first of several building phases for the Kennedy Energy Park, which will boast a 1,200MW capacity.</p><p><br/></p><h5>Thank you to our friends at <i>FUTURISM</i><i> </i>for providing the original articles below:</h5>