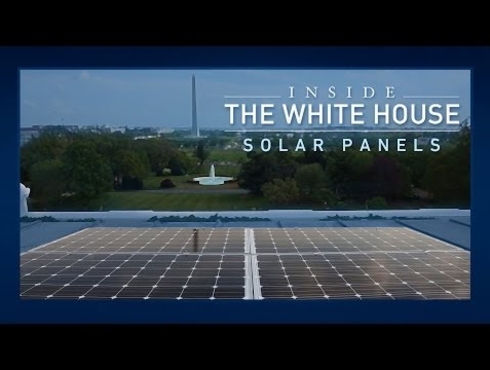 keyboard_backspace
663 Views
Washington DC 100% renewables bill could supercharge solar
Oct 17, 2018
<h5>A bill is moving through the DC council to set a more aggressive renewable energy target than any state has yet approved, and to shift the city to solar.<br/></h5>
<p>PV MAGAZINE -- As the Trump administration levers pro-coal ideologues into positions of power and continues to downplay or ignore climate change, the district and city which hosts the U.S. federal government is preparing to set a more ambitious renewable energy mandate than any state to date.</p><p><br/></p><p>On Tuesday, the Washington D.C. City Council held the first of two hearings scheduled for <a href="http://lims.dccouncil.us/Legislation/B22-0904?FromSearchResults=true" target="_blank" rel="noopener">a bill</a> that would mandate utilities operating in the district to source all their electricity from renewable energy by 2032. Such a move would double the current requirement on utilities by that date.</p><p><br/></p><p>So far, <a href="http://ncsolarcen-prod.s3.amazonaws.com/wp-content/uploads/2017/03/Renewable-Portfolio-Standards.pdf" target="_blank" rel="noopener">the most ambitious renewable portfolio standard (RPS) policy in the United States is in Hawaii</a>, which is calling for 100% renewable electricity by 2045. California has a similar target, mandating 100% zero-carbon resources by 2045, which could include other technologies.</p><p><br/></p><p>The D.C. bill would also require 70% of the renewable energy credits used to meet the mandate come from facilities with which the utility has a power contract lasting at least seven years.</p><h4>Supercharged solar mandate</h4><p><a href="http://lims.dccouncil.us/Download/40667/B22-0904-Introduction.pdf" target="_blank" rel="noopener">Bill B22-0904 (full text)</a> would not only set an ambitious mandate for renewable energy, but would specify utilities procure at least 5% of their power from solar by 2032. The proposed legislation includes an interesting detail where the standard increases if the carve-out is exceeded in any given year, according to the following formula: “if the solar energy achieved in a given year exceeds the solar energy standard in that year, the solar energy standard of the subsequent year shall increase by one, plus the percentage difference between the solar industry standard in that year and the actual percentage of solar achieved for that year, multiplied by the subsequent year’s solar energy standard, provided that the solar energy standard shall not exceed a percentage to equates to a total installed capacity of 1.68 GW”.</p><p><br/></p><p>According to data from the U.S. Department of Energy, Washington D.C. generated 52 GWh of electricity from solar last year – less than 0.5% of the district’s demand. This bill would require three times as much solar by the end of next year, and ten times as much by 2032.</p><p><br/></p><p>It is unlikely all the renewable generation infrastructure would be built in Washington D.C. itself, as the densely populated district currently procures nearly all its electricity from outside its boundaries.</p><h4>Things hot up in 15 years’ time</h4><p>However, the solar energy standard would really get going in 2033. At that stage, procurement would be bound to the following rule: “Beginning in 2033, the solar energy standard of each year shall be determined by multiplying the actual percentage of solar energy achieved in the year two years prior, multiplied by one plus the average percentage increase in solar energy capacity added in the prior two years; provided that the solar energy standard shall not exceed a percentage that equates to a total of 1.68 GW”.</p><p><br/></p><p>Washington D.C. had 53 MW of solar at the last count. Assuming a 15% capacity factor, reaching the 1.68 GW cap would mean roughly 2.2 TWh of annual electricity generation – roughly 20% of the district’s current annual demand.</p><p><br/></p><p>B22-0904 must move through two committees before a final vote, that of the<span> </span>Committee on Transportation and the Environment and the Committee on Business and Economic Development.</p><p></p><p><br/></p><p></p><p><span>The bill appears strong at present. Not only was B22-0904 introduced by five of <a href="http://dccouncil.us/councilmembers/" target="_blank" rel="noopener">the council’s 13 members</a> – including council chair Mendelson – but it has attracted the support of three more council members as co-sponsors, ensuring a majority has expressed support.</span></p><p style="font-size: 16px;"></p><p><br/></p><h5>Thank you to our friends at <i>PV MAGAZINE</i> for providing the original articles below:</h5><p></p>