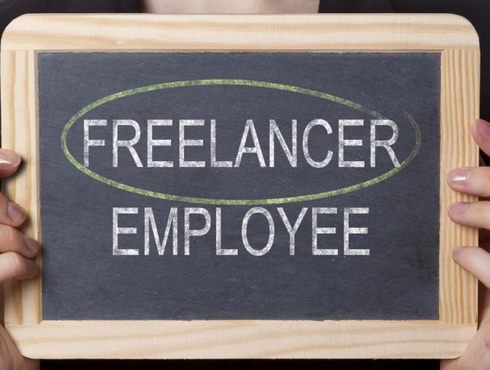 keyboard_backspace
7 Views
5 Predictions For The Gig Economy And Freelancing In 2019
Dec 30, 2018
<h5>According to a Future Workforce Report from Upwork, 59% of U.S. companies are now using flexible work forces to some degree – remote workers and freelancers. </h5>
SPONSORED CONTENT

<p class="wp-caption-text">FORBES -- Recently, the U.S. Bureau of Labor Statistics published a report on individuals in alternative work arrangements: 16.5 million people now make up with is known as the “gig economy.” And according to a Future Workforce Report from Upwork, 59% of U.S. companies are now using flexible work forces to some degree – remote workers and freelancers. These practices obviously save money and allow businesses to have leaner traditional work forces.</p><p class="wp-caption-text"></p><p><br/></p><p></p> <p>So, what will 2019 bring for the “gig economy” and freelancing? Here are five trends that will certainly surface.</p> <h4>1. Changing concept of entrepreneurship</h4> <p>Traditionally, entrepreneurs have been those individuals who have begun businesses, grown, employed staff, and joined the ranks of a standard business model – offering products and services, growing that business, adding staff and revenue. </p><p><br/></p> <p>Entrepreneurship is now taking on a wholly different additional meaning. A growing number of millennials and Gen Z’ers are becoming “solopreneurs,” that is taking their skills and selling them on the market to a variety of “buyers,” and simply working independently, or collaborating with one or two others to offer a variety of skill sets to established enterprises.</p> <h4>2. Technology favors the gig economy</h4> <p>There are two aspects to the role that technology will play in the gig economy, and these will be prominent throughout 2019.</p><p><br/></p> <p>Improvements in communication between gig workers and their contracted clients now allow for face-to-face communication, digital meetings among major players, etc. Streamlining the communication process means that freelancers no longer have to use slower processes like email to get things done and decisions made. Gig workers can work faster, and clients can respond faster, allowing for more rapid deployment of products and services.</p><p><br/></p> <p>Freelancers who have high-demand skills will be able to “name their price.” Consider, for example, the new technology of data science – a growing need for companies that want to remain competitive. But hiring a full-time data scientist is a pricey proposition. The average salary of an employed data scientist is about $140,000 in the U.S. Small and medium-sized businesses that need to remain competitive must look outside for gig workers to provide data science services.</p> <h4>3. Collaborative work spaces</h4> <p>Gig workers are not introverts, holed up in their homes, isolated from social contacts. Most are outgoing, extroverted, and assertive individuals who go after gigs, marketing themselves, and actively engaging with their clients.</p><p><br/>
SPONSORED CONTENT
<br/></p> <p>Working solo from home is not the best emotional environment for many freelancers. They need others around them. And the gig economy has brought forth an entire industry devoted to shared work space – physical facilities that house a number of freelancers. </p><p><br/></p> <p>Gig workers are independent, but they also crave collaboration and social opportunities at work. Collaborative work spaces serve that need.</p> <h4>4. Legislative action to support gig workers</h4> <p>Traditionally, gig workers have been “on their own” when clients fail to live up to their end of the bargain – primarily in terms of payment. They must either hire an attorney to enforce a contract agreement (which many can ill afford) or live with the loss of income. </p><p><br/></p> <p>In 2017, a new law in New York City, titled “Freelancing is not Free” went into effect. This law, while laying out requirements for contract agreements between freelancers and their clients, was more focused on ensuring that freelancers were paid for the work they did. It provided recourse for gig workers who were not paid and penalties for contractors who reneged on contracts.</p><p><br/></p> <p>Look for more of these types of laws throughout 2019 and beyond. It is the logical outgrowth of the rising gig economy.</p> <h4>5. Freelancers will move toward incorporation</h4> <p>Most freelancers begin as “self-employed.” This means that they and their businesses are one and the same. In the U.S., they receive 1099 tax forms from their clients, report that as personal income, and then pay taxes as necessary. But there are some major benefits of incorporating themselves as a business, and gig workers are beginning to understand those benefits. If only from a legal liability standpoint. Incorporation also allows many deductions from income that can be a huge savings.</p><p><br/></p> <p>These are just five trends that we are likely to see in the gig economy throughout 2019. Next year, when we look back on 2019, there may be trends that we did not anticipate but that were brought about by this rapidly changing workplace environment in which we are now living.</p><p><br/></p><h5>Thank you to our friends at <i>FORBES</i><i> </i>for providing the original articles below:</h5>