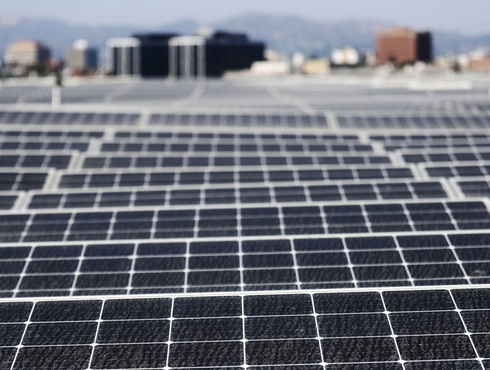 <p><span style="font-size: 1rem;">GIZMODO -- One of the fundamental disconnects between the eastern and western regions of the United States is fire. Growing up in New York City, big wildfires were something I saw in very brief flashes on the news before the next story hit. That is to say, I was aware, vaguely, of wildfire, but it barely registered above a din.</span></p><p></p><p><br/></p><p></p><p>Now, living in California, I have a cabinet full of masks to help me breathe when every year the air fills with smoke. The reality hits you hard out west where fire is a permanent—and intensifying—fixture of the landscape. That’s the future igniting around us.</p><p><br/></p><p>California’s 2018 wildfires were the deadliest and most destructive the state has ever seen. Pacific Gas &amp; Electric, the state’s biggest energy company, has proven responsible for multiple deadly wildfires in recent years. As part of the company’s fire mitigation efforts, PG&amp;E will be shutting power off regularly during peak fire conditions, a strategy that will likely save lives but also will leave entire areas without power for sometimes days at a time.</p><p><br/></p><p>More people in California’s especially fire-prone areas are turning to solar power as a way to get power during the blackouts, a practice highlighted in the Washington Post on Friday.</p><p class="ad-label proxima"><br/></p><p>California has ambitious goals when it comes to solar power. By 2020, new homes in the state will require solar panels. By 2045, the state aims to have its electric grid be carbon free. </p><p><br/>
SPONSORED CONTENT
<br/></p><p>One of the major challenges of adding solar power and batteries to homes, however, is price. California is at the heart of an intense housing crisis and wealth gap. The price of the initial installation — even though it can ultimately lower monthly utility bills — can be unaffordable for many residents in fire country.</p><p><br/></p><p>Crucially, installations of renewable energy stagnated in 2018 for the first time in two decades. Global carbon emissions in 2018 hit record highs. The story of California’s wildfires is, in many ways, the story of the climate in crisis.</p><p class="ad-label proxima"><br/></p><p>Last year, when smoke filled San Francisco’s streets from Northern California’s record-setting fires, many of the city’s richer residents fled to cleaner air. The city’s growing homeless population were among those unable to leave, one more illustration of the disaster’s uneven impact.</p><p><br/></p><p>The causes are uneven, too. Half of the most destructive fires in the last five years have been linked to PG&amp;E’s electrical network. In many cases, the company was negligent on equipment safety. The drivers of the larger climate crisis are among the world’s richest. Over 70 percent of the world’s greenhouse gas emissions come from just 100 companies, according to a 2017 report.</p><p><br/></p><p>The weather in Northern California has been unseasonably rainy this month. Fire season is off to a slow start. But government projections show that by June, California from top to bottom will be hot, dry, and in many areas possess above-normal fire potential. The power will preemptively go out in some regions, flames will likely catch in others, and the cycle will continue.</p><p><br/></p><h5 style="text-align: left;">Thank you to our friends at <i>GIZMODO</i><i> </i>for providing the original articles below</h5>