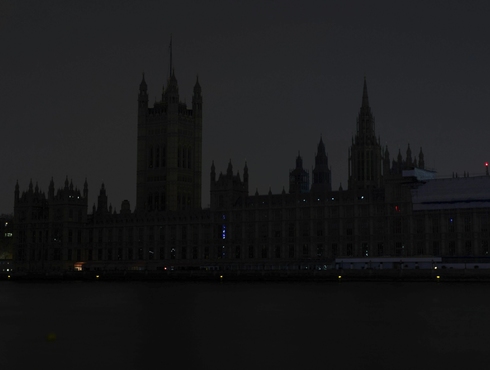 keyboard_backspace
3 Views
Cities Around the World Go Dark for Earth Hour, in a Climate Change Call for Action
Apr 01, 2019
<h4>Earth Hour calls for greater awareness and more sparing use of resources</h4>
SPONSORED CONTENT

<p>NEW YORK (AP) — Cities around the world marked Earth Hour on Saturday by turning off lights at 8:30 p.m. local time in a call for global action on climate change.</p><p><br/></p><p>Earth Hour, spearheaded by the World Wildlife Fund, calls for greater awareness and more sparing use of resources, especially fossil fuels that produce carbon gases and lead to global warming. Beginning in Sydney in 2007, Earth Hour has spread to more than 180 countries, with tens of millions of people joining in.</p><p><br/></p><p>The Empire State Building participated as clocks hit 8:30 p.m. on the U.S. East Coast with a dimming of the skyscrapers’ lights.</p><p><br/></p><p>In Hong Kong, major buildings along Victoria Harbour turned off their non-essential lights and the city’s popular tourist attraction known as the Symphony of Lights was canceled.</p><p><br/></p><p>Over 3,000 corporations in Hong Kong signed up for Earth Hour 2019, according to the WWF Hong Kong website. Iconic skyscrapers including the Bank of China Tower and the HSBC Building in Central, the city’s major business district, switched off their lights in response to the global movement.</p><p><br/>
SPONSORED CONTENT
<br/></p><p>The City of Lights also turned off the Eiffel Tower’s nightly twinkle to mark Earth Hour. Paris Mayor Anne Hidalgo dimmed the lights Saturday on the city’s most famous monument for an hour.</p><p><br/></p><p>In Italy, public buildings and historical monuments in 400 cities participated in Earth Hour. Lights were also switched off at St. Peter’s Basilica at the Vatican.</p><p><br/></p><p>Some of most emblematic architectural treasures in Spain participated, including the Alhambra palace in Granada and Barcelona’s La Sagrada Familia basilica.</p><p><br/></p><p>In Taipei, Taiwan’s capital, the island’s tallest building, Taipei 101, joined surrounding buildings in shutting off the lights as part of the Earth Hour event.</p><p><br/></p><p>In coal-reliant Poland, top tourist sites also turned off their lights when local clocks hit 8:30 p.m. In the country’s capital city, Warsaw, the spired landmark Palace of Culture and Science turned off its night illumination, along with some churches and Old Town walls.</p><p><br/></p><p>Lights were also switched off in several landmarks in the Greek capital. The Acropolis, Athens City Hall and Lycabettus Hill, towering above the Athens center, went dark and the Parliament building joined in. However, the Athens mayor’s calls for the people to join in by turning off the lights in their houses went mostly unheeded.</p><p><br/></p><h5></h5><h5>Thank you to our friends at <i>TIME</i><i> </i>for providing the original articles below</h5>