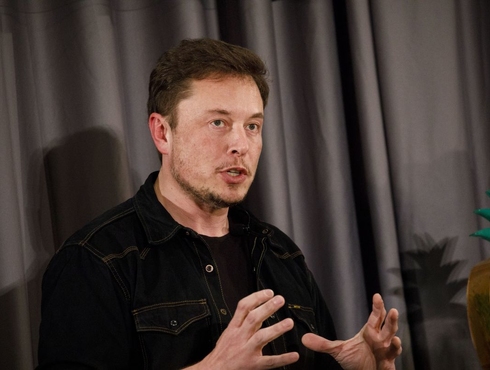 keyboard_backspace
4 Views
Elon Musk Pledges to Pay for Clean Water to Homes in Flint, Michigan
Jul 15, 2018
<h5>Billionaire Elon Musk pledged to pay to secure clean water for homes in Flint, Michigan, the city that fell into economic depression amid the decades-long decline of Detroit’s auto industry and is still recovering from a major public health emergency.<br/></h5>
SPONSORED CONTENT

<p></p><p>BLOOMBERG -- “Please consider this a commitment that I will fund fixing the water in any house in Flint that has water contamination,” the chief executive officer of electric-car maker Tesla Inc. said in a <a href="https://twitter.com/elonmusk/status/1017149641991680002" title="Link to Tweet" target="_blank" rel="nofollow noopener" style="vertical-align: baseline;">tweet </a>Wednesday. “No kidding.”</p><p><br/></p><p></p><p></p><p>Flint’s water supply was contaminated with lead after the state of Michigan changed sources in 2014. The state has said that the city’s water now meets U.S. Environmental Protection Agency standards, but some homeowners say the water coming from their faucets remains undrinkable.</p><p><br/></p><p></p><p></p><p>By stepping up to offer assistance to Flint, Musk is thrusting himself into a second high-profile crisis in a matter of days. Some of his more than 22.3 million Twitter followers encouraged him to get involved with the city’s water issues in response to <a href="https://www.bloomberg.com/news/articles/2018-07-10/elon-musk-defends-mini-submarine-left-unused-in-thai-cave-rescue" title="Elon Musk Defends Mini Submarine Left Unused in Thai Cave Rescue" target="_blank" style="vertical-align: baseline;">his attempt</a> to aid a Thai youth soccer team that was trapped in a cave before being rescued this week.</p><p><br/></p><p></p><p></p><p>Musk’s vow to help the former home of General Motors came hours after Tesla’s fourth-largest shareholder called for the CEO to <a href="https://www.bloomberg.com/news/articles/2018-07-11/tesla-ought-to-pipe-down-and-execute-major-shareholder-says" title="Tesla Ought to Pipe Down and Execute, Major Shareholder Says" target="_blank" style="vertical-align: baseline;">focus on key business matters</a> after a prolonged struggle to boost production of the Model 3, the first car the company has tried to mass-manufacture.</p><p><br/>
SPONSORED CONTENT
<br/></p><p>“A time of quiet and peace is what is needed to work through these issues,” James Anderson, a partner and portfolio manager at Baillie Gifford &amp; Co., said Wednesday in a Bloomberg Television <a href="https://www.bloomberg.com/news/videos/2018-07-11/musk-needs-space-to-work-through-issues-baillie-gifford-s-anderson-says-video" title="Musk Needs Space to Work Through Issues, Baillie Gifford’s Anderson Says (Video)" target="_blank" style="vertical-align: baseline;">interview</a>. “It would be good to just concentrate on the core task.”</p><p><br/></p><p>In follow-up tweets, Musk said he would reward volunteers willing to organize a “barnstorming weekend” for water-filter installations and said he would set up an email address -- <a href="mailto:flint@x.com" title="Click to view webpage." target="_blank" rel="nofollow noopener" style="vertical-align: baseline;">flint@x.com</a> -- for residents to request help.</p><p><br/></p><p>“Most houses in Flint have safe water, but they’ve lost faith in govt test results,” he said in <a href="https://twitter.com/elonmusk/statuses/1017157155638525952" title="Link to Tweet" target="_blank" rel="nofollow noopener" style="vertical-align: baseline;">another tweet</a>. “Some houses are still outliers. Will organize a weekend in Flint to add filters to those houses with issues &amp; hopefully fix perception of those that are actually good.”</p><p><br/></p><p>Candice Mushatt, Flint’s public information officer, said in an email that neither Musk nor anyone representing him had contacted the city. Flint is replacing pipes and covering the costs involved with that process, she said.</p><p><br/></p><p>“However, fixtures, which were badly damaged in homes and still have lead, are not covered in the replacement,” she wrote. “If Mr. Musk is seriously interested in helping Flint, the mayor would be open to speaking with him about our specific needs.”</p><p><br/></p><h5>Thank you to our friends at <i>BLOOMBERG</i> for providing the original articles below:</h5><p></p>