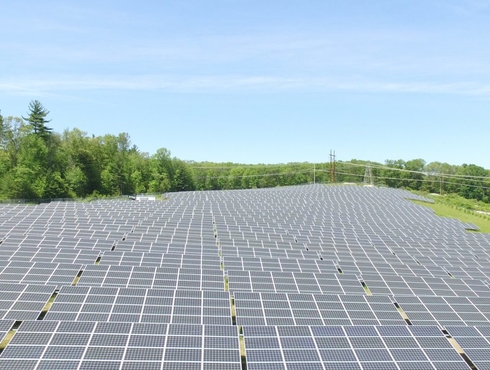 <p><span style="font-size: 1rem;">ELECTREK -- The utility plans to build a 409 MW/900 MWh battery, to be powered by an existing FPL solar plant in Manatee County, Florida. It will begin serving customers in 2021.</span><br/></p><p></p><p><br/></p><p></p><p>FPL says the battery system will be able to power 329,000 homes for two hours. For comparison, FPL notes the battery system is equivalent to 100 million iPhone batteries, or 300 million AA batteries. The system will be used in periods of high demand.</p><p><br/></p><p>The Manatee Energy Storage Center will accelerate the retirement of two natural gas units at a nearby power plant. FPL says the project will save customers more than $100 million while eliminating more than 1 million tons of carbon emissions, though no cost estimates for the project were disclosed.</p><p><br/>
SPONSORED CONTENT
<br/></p><p>FPL has already announced a goal to install 30 million solar panels by 2030, and the utility recently announced plans to build four new solar plants this year. FPL president and CEO Eric Silagy said,</p><p><br/></p><blockquote><p>“This is a monumental milestone in realizing the full benefits of solar power and yet another example of how FPL is working hard to position Florida as the global gold standard for clean energy. Even as we aggressively execute on our plan to install 30 million solar panels by 2030, we never lose sight of finding innovative ways to bring our customers the benefits of solar energy, even when the sun’s not shining.”</p></blockquote><h4>Batteries Get Big</h4><p>The Manatee Energy Storage Center’s battery system is projected to have four times the capacity of the world’s largest battery system currently in operation, so FPL is billing it as the “world’s largest solar-powered battery.” But it will have competition.</p><p><br/></p><p>There are already plans to build a 495 MW battery storage system in Texas, as Bloomberg reported last month. That system would be paired with an equivalent 495 MW solar farm in Borden County, Texas. It’s also due to come online in 2021.</p><p><br/></p><p>That project is to be developed by a unit of San Francisco-based Intersect Power LLC called IP Juno, but at this time, little information seems to exist beyond initial reports.</p><p><br/></p><p>Hawaiian Electric also just announced plans for six solar + storage projects that will total nearly 1 GWh of storage. None of the six projects on their own will be as large as the planned projects in Florida or Texas, but it still illustrates how battery storage size is increasing rapidly. At this rate, it seems certain that by the time FPL or IP Juno complete their projects, a larger project will be announced, if not already under construction.</p><p><br/></p><h5>Thank you to our friends at <i>ELECTREK </i>for providing the original articles below</h5>