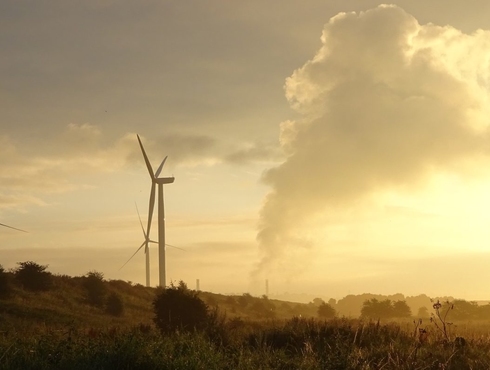 <p><span style="font-size: 1rem;">ELECTREK -- House Speaker Nancy Pelosi (Calif.) and a number of House Democrats introduced H.R. 9, the Climate Action Now Act, on Wednesday morning.</span><br/></p><p></p><p><br/></p><p></p><p>“This is about jobs,” Pelosi said. “It’s about good-paying green jobs. It’s about advancing our economy and our global pre-eminence in green technology.” Pelosi listed a number of other related issues, including public health, and defending national security.</p><p><br/></p><p>Chair of the Select Committee on the Climate Crisis Kathy Castor (D-Fla.) was also on hand to introduce the bill. Castor said the Climate Action Now Act would “unleash American ingenuity and innovation to power the future.” Castor said,</p><p><br/>
SPONSORED CONTENT
<br/></p><blockquote><p>“We can create millions of good-paying clean energy jobs right now. We can save billions of dollars in energy costs for working people and businesses right now. We can finally address decades of environmental injustice right now.”</p></blockquote><p><br/></p><p>Multiple speakers during the bill’s introduction talked about a “moral responsibilty” to do something about climate change.</p><p><br/></p><p>The bill itself is mostly concerned with returning to the Paris Agreement, which President Donald Trump agreed to withdraw from in June 2017.</p><p><br/></p><p>Castor said the Climate Action Now Act “will be marked up in the committees of jurisdiction over the coming weeks and then brought to the floor for passage.”</p><h4>Electrek’s Take</h4><p>The fallout from Tuesday’s Green New Deal vote may very well be the introduction of new bills which maintain a focus on climate change and green energy. The Green New Deal is a broad set of goals. Policies can come forth with those goals in mind.</p><p><br/></p><p>This particular bill is focused on returning to the Paris Agreement, and in doing so, accepting the established Paris goal of reduced carbon emissions. Most Americans, after all, want to reduce fossil fuel use and emphasize green energy sources, and the majority of Americans in every state supported staying in the Paris Agreement around the time Trump decided to withdraw.</p><p><br/></p><h5>Thank you to our friends at <i>ELECTREK</i><i> </i>for providing the original articles below</h5>