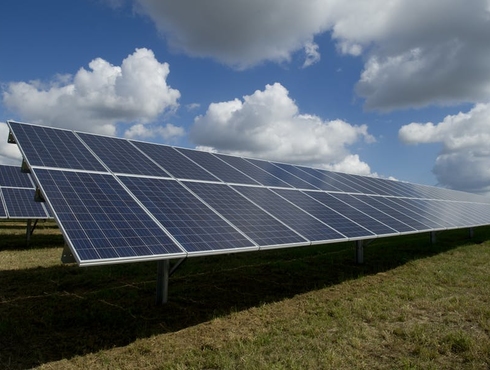 <p class="-ft cf ctnd"><span style="font-size: 1rem;">INVERSE -- The report, a joint effort between Berlin-based Energy Watch Group and the Lappeenranta University of Technology, claims that such a transition is possible using existing collection and storage technologies. It stresses that such efforts are needed now more than ever:</span><br/></p><p class="-ft cf ctnd"></p><p><br/></p><p></p><blockquote><p>The ongoing Fridays For Future movement initiated by young climate activist Greta Thunberg shall serve as a wake-up call for all of us to collectively do our best to hand over our planet to the next generation in the best condition possible. We need to radically change the status quo in which we have put our planet and our children; threatened by the challenges of climate change, air pollution, nuclear threats, conflicts over resources, poverty and refugee crises.</p></blockquote><p><br/></p><p class="ctnd">The team looked at five-year time periods from 2015 to 2050 over nine global regions and 145 sub-regions, looking at the cost-optimal mix of renewable energy based on local availability. The research found that the levelized cost of energy for such a system would be €53 ($60) per megawatt-hour, around €1 ($1.13) less than current rates. </p><p class="ctnd"><br/></p><p class="ctnd"><img src="https://fsmedia.imgix.net/d3/f6/63/5b/e9be/4a7e/b9ac/d4f343182fdd/the-future-breakdown-of-energy-supply-as-demonstrated-in-the-report.png?auto=format%2Ccompress&amp;w=650"/>​</p><p>The future breakdown of energy supply as demonstrated in the report.</p><p><br/>
SPONSORED CONTENT
<br/></p><p class="ctnd">This mix would change by region depending on local strengths. South Asia would have 95 percent solar generation, for example, while Eurasia would primarily focus on onshore wind. The report claims that, at this final stage, solar would provide around 63,400 gigawatts and wind 8,000 gigawatts. </p><p class="ctnd"><br/></p><p class="ctnd">Moving to this system would require big changes in policy. The report recommends phasing out state subsidies for fossil fuel and nuclear energy, carbon taxes, policies that enable direct private investment on renewables, tax exemptions for clean energy, and education frameworks that focus on these technologies. Another suggested idea is feed-in tariff laws, where users get paid for selling electricity back to the grid, to encourage individuals to set up systems under 40 megawatts.</p><p class="ctnd"><br/></p><p class="ctnd">The findings come as another research group claimed the world could reach 86 percent renewables by 2050, but only if it takes drastic action. The International Renewable Energy Agency called for $15 trillion in additional investments to reach $110 trillion, or two percent of gross domestic product, in total energy investment. The agency argued that every dollar spent on renewables could return between three and seven dollars.</p><p class="ctnd"><br/></p><p class="ctnd">Solar is showing strong signs of life, as more firms invest in the technology. A number of American cities have doubled their capacity over the past five years as the industry exploded in size and prices dropped. Breakthroughs in concentrated solar power, heat-storing cells and even space-based installations could encourage more adoption. Elon Musk has declared 2019 as the year of the Tesla Solar Roof, firms like Microsoft have doubled down on their energy commitments, and energy hogs like airport operators are moving to solar en masse.</p><p class="ctnd"><br/></p><p class="-lt cf ctnd">Such changes could be too little too late. Current trends suggest global emissions will hit 1.5 degrees Celsius above pre-industrial levels in just 16 years. With time running out for a change, saving the planet could require even more drastic action.</p><p class="-lt cf ctnd"><br/></p><h5 style="text-align: left;">Thank you to our friends at <i>INVERSE</i><i> </i>for providing the original articles below</h5>