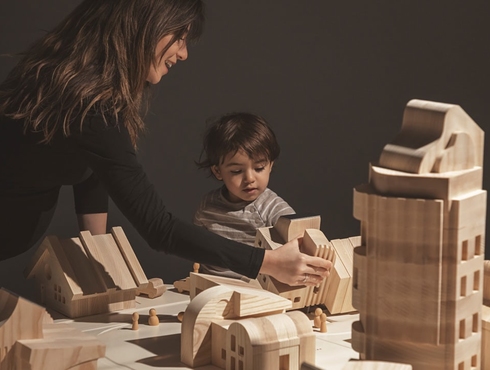 <p>FAST COMPANY -- But incentivizing people to build that infrastructure remains a challenge. Ikea’s innovation lab Space10 is envisioning a new prototype for how solar energy could be installed in local communities and then shared on a small microgrid. The microgrid would enable people to sell their excess energy to others on a blockchain-powered platform. Called SolarVille, the idea came about because Space10 decided to do research into how solar energy might change people’s lives in the future. But it’s hard not to see the lab’s research in the context of Ikea’s larger sustainability goals and initiatives. For instance, one segment of Ikea’s business, a franchise called Ingka that runs Ikea stores in 30 countries, has pledged to bring affordable solar technology to homes in all of these markets by 2025. Ikea has also been selling solar panels in the U.K. since 2013 and launched a battery and solar panel kit in 2017, also in the U.K.</p><p><br/></p><p><img src="https://images.fastcompany.net/image/upload/w_596,c_limit,q_auto:best,f_auto/wp-cms/uploads/2019/03/9-ikea-bets-that-the-future-of-energy-is-blockchain-power.jpg"/>​</p><p>[Photo: Irina Boersma/courtesy Space10]</p><p><br/></p><p>Right now, SolarVille is a 1:50 scale model village, where the homes are decked out with mini solar panels that harvest energy from the sun. All the buildings are hardwired together, creating a microgrid that enables everyone to share their energy. In the concept, some people will generate excess energy either by using less energy themselves or by installing more solar panels. A blockchain technology platform will enable them to sell that extra energy to their neighbors without any intermediary–instead, the transactions between neighbors are logged in a secure and transparent ledger. Space10 says that the design is meant to be easy to use and install, and all the software that runs the blockchain is free.</p><p><br/></p><p>Part of the project is meant to lower the cost of energy, since the blockchain platform wouldn’t require a company in the middle. “Centralized energy systems are often too slow and economically inadequate to reach the billion people who remain locked in energy poverty,” Bas Van De Poel,  creative director at Space10, tells Fast Company in an email, referring to the higher costs of traditional electricity and the infrastructure that would be required to bring it to under-powered areas. “SolarVille showcases that, when working in tandem, technologies such as solar panels, microgrids, and blockchain open new opportunities: off-grid systems allowing people to leapfrog traditional grid electricity.”</p><p><br/>
SPONSORED CONTENT
<br/></p><p><img src="https://images.fastcompany.net/image/upload/w_596,c_limit,q_auto:best,f_auto/wp-cms/uploads/2019/03/10-ikea-bets-that-the-future-of-energy-is-blockchain-power.jpg"/>​</p><p>[Photo: Irina Boersma/courtesy Space10]</p><p><br/></p><p>The working prototype, consisting of a tiny village of wooden houses that were designed by the Danish architecture firm SachsNottveit, currently lives at Space10’s new gallery and will soon go on a global tour, where the public can play around with it. To demonstrate the flow of energy, the designers embedded tiny LED lights that glow when energy is moving from one place to another. You will also be able to look under the hood to see how the energy transactions between neighbors are being recorded through a visualization of the blockchain technology that underlies the system.</p><p><br/></p><p>There are currently real-world projects that operate using these same principles as SolarVille: the Brooklyn Microgrid, for instance, is an experimental local grid that harvests solar energy that’s distributed to and traded between neighbors using the blockchain. Similarly, a startup in Bangladesh is trying to create a similar peer-to-peer system, both using solar energy and more traditional energy sources. But questions remain about how to replicate these models across many communities.</p><p><br/></p><p>With the support of a megacorporation like Ikea, which is known for its ability to produce inexpensive but well-designed products, solar energy could become more accessible. And with the company’s innovation lab putting forward ideas around solar microgrids, it’s not too much of a stretch to think that Ikea itself might one day adopt a similar idea. After all, for more people to embrace this emerging technology, solar panels and the infrastructure necessary to set up a peer-to-peer system should be as simple to build as assembling a flatpack bookshelf.</p><p><br/></p><h5>Thank you to our friends at <i>FAST COMPANY</i><i> </i>for providing the original articles below</h5>