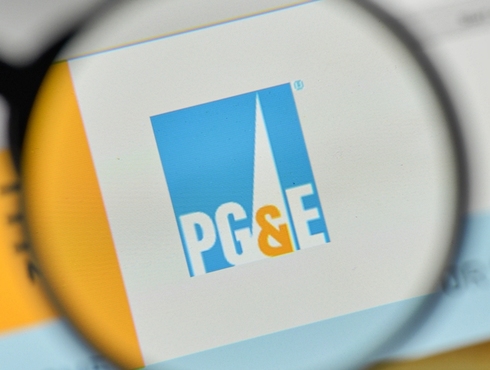 keyboard_backspace
7 Views
PG&E Bankruptcy Risk Gets Real — But What's Next?
Jan 09, 2019
<h5>Standoffs over who pays what for infrastructure are kind of where America’s at right now. <br/></h5>
SPONSORED CONTENT

<p>RENEWABLE ENERGY WORLD -- Besides the shutdown in D.C. over the southern border barrier, California is grappling with how to finance a somewhat more useful bit of equipment: its power grid.</p><p><br/></p><p>A series of wildfires over the past two years has left the state’s largest utility, PG&amp;E Corp., exposed to potentially tens of billions of dollars of liabilities. The company is reportedly considering filing for bankruptcy within weeks. Its stock, having fallen by half over the past two months, plunged another 20 percent on Monday morning.</p><p><br/></p><p>The dreaded “b” word will tend to do that, but it shouldn’t come as a shock. At the high end of estimates, liabilities could run to $25 billion or more. PG&amp;E’s enterprise value is $29 billion. It will soon have to file annual accounts with the Securities and Exchange Commission, including an auditor’s opinion. It would be a dereliction of duty for PG&amp;E not to be at least preparing for such an eventuality.</p><p><br/></p><p>Just like the Mexican standoff in Washington, though, there’s also a fair amount of politicking at play on the West Coast. Monday sees Gavin Newsom take office as California’s new governor. One of the first things on his plate is an energy crisis — not the sort that helped to take down one of his predecessors, Gray Davis, back in 2003, but a chronic issue nonetheless: how to efficiently apportion the costs associated with previous and, importantly, future wildfires while keeping angry voters placated.</p><p><br/></p><p>The prospect of a bankruptcy filing, even just as contingency planning, escalates the pressure on California’s politicians to make a decision on how much support to offer PG&amp;E. There are several remedies the company could seek, ranging from a specific cap on wildfire liabilities to, at the less likely end of the scale, a change in the state’s peculiar “inverse condemnation” principle (see this). </p><p><br/>
SPONSORED CONTENT
<br/></p><p>Signaling support for PG&amp;E carries the risk of being accused of bailing out a company whose equipment may have played a key role in fatal wildfires (investigations are ongoing). Yet letting the company slide into Chapter 11 carries its own costs and risks. One of the latter includes the possibility that PG&amp;E’s power-purchase agreements with renewable-energy projects get rejected in a bankruptcy court. The falling cost of renewable power, and the desire to cut any costs as a way of mitigating the increases in power bills necessary to pay for the wildfire liabilities, could make this tempting for multiple parties in a bankruptcy situation. And that could hamper another important political goal in California: the push for zero-carbon electricity by 2045.</p><p><br/></p><p>The Gordian knot here is that the cost of the wildfires, the risk of future wildfires (which is rising) and the expense of hardening the Californian grid against that risk must ultimately be met by ratepayers. Finding the most cost-effective way to do this over the long term must be balanced against ensuring PG&amp;E (and its shareholders) pay a price for any of the company’s shortcomings.</p><p><br/></p><p>The state’s top utility regulator has said he doesn’t want PG&amp;E to go bankrupt but has also indicated structural reforms, including breaking up the company, may be required. PG&amp;E’s announcement on Friday that it was conducting a review of management, the board and the company’s structure appears designed to get ahead of this. Sweeping changes look all but inevitable.</p><p><br/></p><p>What these might entail is for now the stuff of pure speculation — although, from a political perspective, offering up management and director heads looks like an obvious trade for the company. Beyond this, PG&amp;E could be broken up into smaller regional entities on the theory they would be easier to manage (its 70,000 square-mile service territory is among the largest of any U.S. utility), although the lines would have to be gerrymandered in order to evenly distribute wildfire risk among the resulting entities. Municipalization of some or all of PG&amp;E’s wires business has also been raised as an option, although this would mean future wildfires would then be the direct problem of local authorities (and, as ever, ratepayers).</p><p><br/></p><p>Another possibility, selling off PG&amp;E’s natural gas network, looks like a more useful outcome. This would simultaneously shrink the company’s scope and raise money to pay off its liabilities. And natural gas utilities are hot M&amp;A property (see this). While PG&amp;E’s gas business is also exposed to inverse condemnation, underground pipes don’t face the same wildfire-associated risks as wires do. Assuming annual earnings of about $500 million and a multiple of 20 times — at the low end of recent deals — the business could fetch at least $10 billion — more than PG&amp;E’s entire current market cap.</p><p><br/></p><p>That mismatch alone tells you the risk of bankruptcy is being taken very seriously indeed. As California debates how little or how much support it wants to offer PG&amp;E, however, it must grapple with what happens after the current crisis passes. At their core, utilities are just peculiar financing vehicles aimed at getting the cost of all that capital needed to pay for the grid as low as possible. Whatever comes out the other end, the high cost of refitting the state’s grid for a harsher climate makes that principle more important than ever.</p><p><br/></p><h5>Thank you to our friends at <i>RENEWABLE ENERGY WORLD</i><i> </i>for providing the original articles below:</h5>