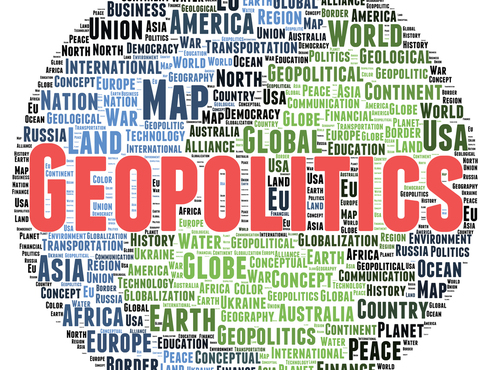 keyboard_backspace
4 Views
Renewable Energy To Remodel World Dominance Patterns | CleanTechnica
Jan 13, 2019
<h5>Attending the 9th session of IRENA's General Assembly on Friday, we were all looking forward to one item on the agenda – launch of a new report, The Geopolitics of Energy Transformation</h5>
SPONSORED CONTENT

<p>CLEAN TECHNICA -- Attending the 9th session of IRENA’s General Assembly on Friday*, we were all looking forward to one item on the agenda – launch of a new report, A New World: The Geopolitics of the Energy Transformation.</p><p></p><p><br/></p><p></p><p>We all swarmed into the Regal Room of The St. Regis Saadiyat Island Resort, where we had a chance to meet a good portion of the Global Commission on the Geopolitics of Energy Transformation, chaired by Ólafur Ragnar Grimsson, former president of Iceland. The importance of this paper appears to be that nobody before has ventured to outline the roadmap of what we are about to see with democratization of energy and the inherent independence of renewable energy.</p><p><br/></p><p><img src="https://c1cleantechnicacom-wpengine.netdna-ssl.com/files/2019/01/Irena0.jpeg" style="height: 788px;width: 848px;"/>​</p><h5>A lot of buzz at the IRENA venue</h5><p>The message is quite simple – change is coming and it’s coming quickly, so leaders of today, please prepare — new leaders are about to join the party. It is not a threat, though. It’s a wake-up call to some and encouragement to others.</p><p><br/></p><p>Some predictions are stated openly and with conviction, such as the one expressed by Ólafur Ragnar Grimsson that the energy transformation will enhance the leadership position of China.</p><p><br/></p><p>When I had a chance to speak to Mr. Grimsson, he stressed how far things have already changed over the last decade or so: “Who would have thought 10 years ago that small countries such as Denmark or Iceland would be major energy players today? (…) Who would have predicted, when IRENA was conceived, that its ninth session would be presided by China and China would be named the leader on renewables in the report?”</p><p><br/></p><p><img src="https://c1cleantechnicacom-wpengine.netdna-ssl.com/files/2019/01/Irena3.jpeg" style="height: 772px;width: 819px;"/>​</p><h5>Global Commission on the Geopolitics of Energy Transformation</h5><p class="wp-caption-text"></p><p>Similar views were expressed by other members of the commission. Adnan Z. Amin, Director General of IRENA, in a kind of joking manner, pointed out that when experts are talking about energy security today, they focus on … oil prices. That will change, according to Mr. Amin, as new leaders will be those driven by their ability to manage technology, and the diffusion of power offered by renewables will make the actors more independent.</p><p><br/></p><p>However, we must be careful. Maria van der Hoeven, former Executive Director of IEA, agreed those who see the signs on the wall will know the change is coming but we must prevent the technology dominance of a few. Otherwise, we will repeat the mistakes from the past and democratization and independence will be blocked.</p><p><br/>
SPONSORED CONTENT
<br/></p><p>The other risk of concentrated power was brought to our attention by Carlos Lopes, former Executive Secretary of the UN Economic Commission of Africa. Rare minerals will play a major role in the energy transformation and many of them will give a huge advantage to some African countries. My personal concern is that I would like to see these states actually benefit this time. The story of exploited resources in Africa is long and painful — let’s make sure it is not replayed this time.</p><p><br/></p><p></p><p>My favourite contributor to the discussion, though, was Peter Fischer, representative of the Government of Germany. His optimistic, positive approach put everybody at ease (well, maybe more at ease, as the whole event was run in a relaxed and open atmosphere). Even when talking about the need for a rules-based, legally driven transition and the necessity of international governance, it didn’t sound in any way like the classic German “ordnung.”</p><p><br/></p><p>I grabbed Mr. Fischer for a few minutes after the session and he shared with me yet more positive energy. His views on Europe are much less bitter than mine. (Lesson learnt — I am too bitter.) He strongly believes in young people who value united Europe way too much to let it be divided by extremists. Again, it was reassuring to look back and see where we came from, going back to 1945 for example, with war destruction and decades of the Iron Curtain. He even refused to worry about Poland and its current position on coal and climate denial, at least among some of the top people in political power. Peter Fischer made my day, no question about that.</p><p><br/></p><p><img src="https://c1cleantechnicacom-wpengine.netdna-ssl.com/files/2019/01/Irena4.jpeg" style="height: 670px;width: 823px;"/>​</p><h5>The Geopolitics of the Energy Transformation</h5><p class="wp-caption-text"><br/></p><p>The report, then, is the first comprehensive attempt to draw a roadmap of geopolitical changes triggered by an energy transition. I am getting ready to read the whole piece now. I suggest you do the same, as it will be a document talked about and referred to from now on. Here comes one paragraph from the conclusions of the report:</p><p><br/></p><p>“This Report argues that the global energy transformation driven by renewables will have significant geopolitical implications. It will reshape relations between states and lead to fundamental structural changes in economies and society. The world that will emerge from the renewable energy transition will be very different from the one that was built on a foundation of fossil fuels.”</p><p><br/></p><p>I only hope the disruptive change will come before we actually fail to save the planet. Time is our main enemy.</p><p><br/></p><p>P.S. Just for the record, most people know Adnan Z. Amin is about to finish his second term in office and we will learn on Sunday who will replace him. There are two candidates left. Exciting!</p><p><br/></p><h5>Thank you to our friends at <i>CLEAN TECHNICA</i><i> </i>for providing the original articles below</h5>