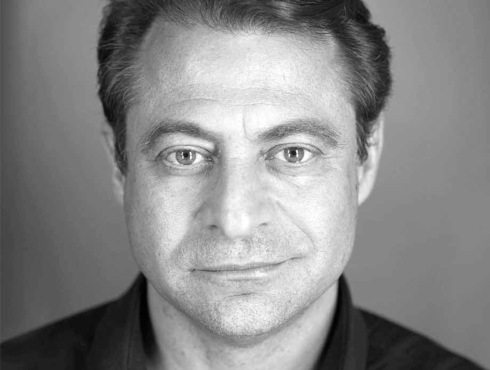 <p><b id="docs-internal-guid-4b7ef9b4-006b-563a-99df-0f7423ec3b9b"></b></p><p><span id="selectionBoundary_1473180832031_4594051452373309">&#65279;</span>This blog is a look at how three technologies – solar, batteries and electric vehicles (EVs) – are poised to disrupt a $6 trillion energy industry over the next two decades.</p><p><br/></p><h2>1. Creating an Abundant Solar Economy</h2><p>Every hour the sun beams onto Earth more than enough energy to satisfy global energy needs for an entire year.</p><p><br/></p><p>If humanity could capture 1 part in 1,000 (one-tenth of one percent) of the solar energy striking the Earth – just one part in one thousand – we could have access to six times as much energy as we consume in all forms today.</p><p><br/></p><p>These staggering numbers, in combination with an exponential decline in photovoltaic solar energy costs ($ per watt price of solar cells), put us on track to meet between 50 percent and 100 percent of the world’s energy production from solar (and other renewables) in the next 20 years.</p><p><br/></p><p>Take a look at the plummeting costs…</p><p dir="ltr"><span style="color: #222222;background-color: #ffffff;"><img src="https://lh3.googleusercontent.com/H9BTDllKJHQkX2NhcJdiHLTd5hhOL-zdNlAjlCoRJ7GpNhknFnGKnxuaTHSz630j7nNPyV1HYcsqYkk2zbXV1z-UiJ0WWZMdiGxO9YTwt-r8BLWYCLvI7R-xl30wFzLY7iE-PaNA" width="624" height="771" alt="(Graph: Decreasing price per watt of photovoltaic cells)"/></span></p><p><i>(Graph: Decreasing price per watt of photovoltaic cells)</i></p><p><br/></p><p>Over the last 30 years, solar module prices have dropped by a factor of 100.</p><p><br/></p><p>When solar panels first came onto the market in the mid-1970s, the average cost to produce one watt of solar-generated electricity was over $75. In 2013, the same watt of power costs only 74 cents from a solar panel. </p><p><br/></p><p>The reason? It’s the same phenomenon that the world has seen with computing power — the cost of a smartphone today is a fraction of buying a computer 20 years ago, yet the capability of the tiny handheld device is astronomically greater than it ancestors. Analysts have confirmed that PV technology is improving at an exponential rate in terms of cost effectiveness for the energy produced.</p><p><br/></p><p>And this is just the beginning. How cheap can it get?</p><p><br/></p><p>The graph below shows that, if solar electricity continues on its current trajectory, by 2020 we could see global unsubsidized solar prices that are roughly half the cost of coal and natural gas.</p><p><br/></p><p><img src="https://lh4.googleusercontent.com/-4wZ7feqLwTLXQpXGErX5964xsTUOVKN0fIIDDTWfhSH2sqzkH5QOuNXe72w9C9qumDL7s1J8SJakjBpXySYyXii34iH4VvuZ1mykZmUuVwDHnWqfooZuihVAAgs0mi3U4h5EabI" width="624" height="337" alt="(Decreasing costs of solar electricity relative to other sources)"/></p><p><i>(Decreasing costs of solar electricity relative to other sources)</i></p><p><br/></p><h2>2. Battery Technology is Reaching an Inflection Point</h2><p>Of course, one limitation of solar is that it’s only available during the day. We’ll need breakthroughs in battery technology to transition fully into a solar economy. The good news is that battery technology and energy storage are also hitting an inflection point.<br/></p><p><br/></p><p>Here are five trends shaping the future of battery technology and energy storage:</p><p><br/></p><p></p><p><b>Lithium-ion Technology:</b> Lithium-ion batteries have been seeing rapidly declining prices for more than 20 years, dropping in price for consumer electronic uses by 90 percent between 1990 and 2005, and continuing to drop since then. This price reduction is coupled with an 11x increase in battery storage capacity per $100 since 2000.</p><p><br/></p><p><b>Scaled Production:</b> The rollout of Tesla's Gigafactory makes $100 per kwh lithium-ion batteries in electric vehicles possible by 2020. This price point would allow you to fill up the equivalent of a tank of gas for $9.35.</p><p><br/></p><p><b>Flow Batteries:</b> Flow batteries are just starting to come to market and have been proven in the lab to operate for 5,000 charge cycles or more. This is a 10x improvement over standard consumer lithium-ion batteries.</p><p><br/></p><p><b>Compressed Air Storage:</b> Companies like LightSail Energy are creating physical components rated for 10,000+ charge cycles.</p><p><br/></p><p><b>Time of Use Arbitrage: </b>The U.S. is increasingly going to time-of-use charges for electricity. Right now that means charging consumers a low rate in the middle of the night (when demand is low) and a high rate in the afternoon and early evening (when demand is at its peak).</p><p><br/></p><p></p><h2>3. Electric Vehicles (EVs) Are Gaining Speed</h2><p>Electric vehicles (EVs) are taking the transportation industry by storm.<br/></p><p><br/></p><p>Electric cars will be cheaper to own than conventional cars by 2022. The plummeting cost of batteries is key in leading to the tipping point, which would kickstart a mass market for electric vehicles.</p><p><br/></p><p>Take a look at the chart below. By roughly 2030, EVs with a 200+ mile range are going to be cheaper than the cheapest car sold in the U.S. in 2015.</p><p><img src="https://lh5.googleusercontent.com/nCIGY-4n2w-xkUHkzbPqp2OZyv49fKcUEf5OaKoGisW8UNvwJ-fmpk6WS2MteYXGdEbWDwlPl00qlHSfNDw8XCNz_H8fekRPV6LeQ9DFWGkB7EqQAwNKpguDZT841I0RkyXumxW-" width="624" height="424" alt="(Decreasing cost of EV from 2016-2035)"/></p><p><i>(Decreasing cost of EV from 2016-2035)</i></p><p><br/></p><p>The primary factor driving this decreasing cost is that EVs are inherently simpler devices only possessing 10% of the moving parts of gasoline-powered vehicles (cheaper to build, cheaper to maintain).</p><p><br/></p><p>In a recent fact sheet, the U.S. EPA documented that median range has risen while there are four-times as many models. There were just three EV models for sale in 2011 – the Nissan Leaf, BMW Active E, and Smart fortwo electric coupe – while today every major car manufacturer is working on electric vehicles and there over two dozen models and counting.</p><p><br/></p><p>Four months ago, Tesla took 400,000 reservations for its Model 3, the company’s first mass-market sedan, which was said to be “the biggest one-week launch of any product ever.” That figure implies about $14 billion in future sales, achieved without paid advertising or endorsements.</p><p><br/></p><h2>Bringing It All Together</h2><p>The convergence of solar, energy storage, and electric vehicles creates a trifecta of disruptive forces hitting the energy industry over the next two decades.<br/></p><p><br/></p><p>We’re going to see a mindset shift in the near future. It will just be accepted that every home will be powered by a combination of batteries, rooftop solar and electric vehicles (i.e. Tesla's vision)… and we'll gawk disapprovingly at the idea of driving an explosive, expensive and environmentally damaging gas vehicle, and so on.</p><p><br/></p><p>This is an incredibly exciting time for the energy industry, and an incredibly exciting time to be alive.</p><p><br/></p><h5>Thank you to <i>Peter Diamandis</i> for providing the original blog post below. Every week Diamandis sends out a &#34;Tech Blog&#34; like this one. If you want to sign up, <a href="http://diamandis.com/tech-blog#email-modal"><u>subscribe here</u></a> for this and <a href="http://www.diamandis.com/abundance-insider" target="_blank"><u>Abundance Insider</u></a>.<em></em></h5>