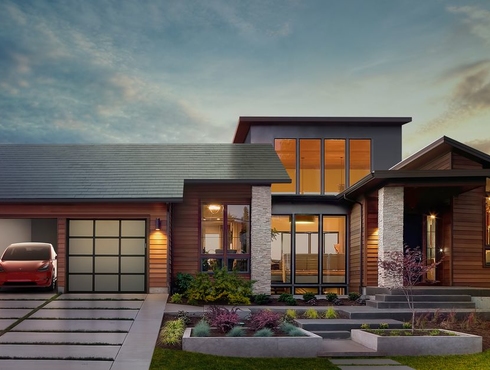 keyboard_backspace
93 Views
Tesla has slashed the price of its solar panels in an attempt to revive sales
May 01, 2019
<h4>They now cost up to 38 percent less than the national average.</h4>
SPONSORED CONTENT

<p>THE VERGE -- Tesla has cut the prices of its solar panels today in an attempt to halt the decline of its solar business. Its online configuration tool now lists a 4kW array of panels as costing $7,980 after a federal tax credit, which works out to just over $1.99 per watt including installation. Depending on where customers live, The New York Times notes that price per watt could drop as low as $1.75, which is 38 percent less than the national average of $2.85, and much less than Tesla charged previously.</p><p><br/></p><p>The head of Tesla’s solar business, Sanjay Shah, highlights two main ways Tesla is making these price reductions possible. The first is by standardizing more of its installations. Customers will now only be able to purchase panels in increments of 4kW, in the form of a 12-panel array. Secondly, they will be asked to perform parts of the home installation process themselves, such as photographing electric meters and circuit breaker boxes, that would have normally required a visit from Tesla. </p><p><br/></p><p style="text-align: center;"><b>TESLA EXPECTS TO START PUSHING THE SOLAR ROOF IN THE SECOND HALF OF THIS YEAR</b><br/></p><p><br/>
SPONSORED CONTENT
<br/></p><p>The changes are needed to revive a significant fall in solar panel installations, which dropped to their lowest levels in six years in the first quarter of this year. The Buffalo News notes that the company deployed 47 megawatts in the quarter, compared to 73 megawatts in the same period in 2018. The decline means Tesla dropped to third place in terms of solar installations in the US, behind Sunrun and Vivint Solar, according to the NYT.</p><p><br/></p><p><img src="https://cdn.vox-cdn.com/thumbor/zefri14ktnf5Obbtu0FzVoGS6_I=/0x0:1001x563/920x0/filters:focal(0x0:1001x563):format(webp):no_upscale()/cdn.vox-cdn.com/uploads/chorus_asset/file/16201429/tesla_solar_panels.jpg" style="height: 519px;width: 842px;"/>​</p><figcaption style="font-size: 13.5px;"><em style="font-size: inherit;"><i>Most of Tesla’s existing installations consist of traditional solar panels. -  </i></em>Image: Tesla</figcaption><figcaption style="font-size: 13.5px;"><p><br/></p></figcaption><p>In the second half of this year, Shah says he expects to push sales of Tesla’s long-anticipated solar roof, a set of solar shingles that resemble ordinary roofing materials. The roof was announced back in 2016 and was installed on Elon Musk’s house in 2017. During Tesla’s last earnings call, Musk said that the company is still developing and testing the roof, but challenges with its durability have delayed a broad rollout.</p><p><br/></p><p>Despite these challenges, Tesla’s solar business is still profitable. That’s more than can be said for the company as a whole after it lost $702 million last quarter off the back of lower-than-expected sales of its cars and the challenges of delivering them to Europe and China. Musk expects the company’s losses to continue into Q2, before returning to profitability in the second half of this year.</p><p><br/></p><h5 style="text-align: left;">Thank you to our friends at <i>THE VERGE</i><i> </i>for providing the original articles below</h5>