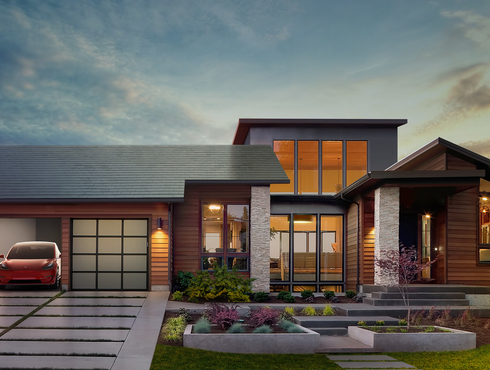 keyboard_backspace
31 Views
Why Tesla Should Abandon Solar Energy -- The Motley Fool
May 29, 2019
<h4>Solar energy hasn't worked out as planned for Tesla, and the company needs to remove the distraction from the business.</h4>
SPONSORED CONTENT

<p>THE MOTLEY FOOL -- Tesla's (NASDAQ:TSLA) acquisition of SolarCity has been an abject failure by almost any measure. Solar didn't end up rounding out the product offering for EV buyers; it only hurt Tesla's balance sheet, and the companies have already abandoned the idea of selling solar through retail stores. </p><p><br/></p><p>At this point, Tesla would be better off selling or spinning off its solar business. The problem is, it might be too late to do so. </p><p>​</p><p><img src="https://g.foolcdn.com/image/?url=https%3A%2F%2Fg.foolcdn.com%2Feditorial%2Fimages%2F526372%2Fpress_solar_roof.jpg&amp;w=700&amp;op=resize"/>​</p><p>Image source: Tesla.</p><h4>Solar no longer makes sense at Tesla</h4><p>When Tesla bought SolarCity, it did so on a few assumptions. One was that moving solar sales into Tesla showrooms would lower sales costs, allowing Tesla to either generate more profit or lower prices to grow the business. Tesla also said that EV buyers would be highly likely to go solar, especially with SolarCity's no-money-down financing options. Under the Tesla brand, solar would easily thrive, and Elon Musk promised that building an integrated clean energy company was part of the master plan. </p><p><br/></p><p>Not only was Tesla supposed to be good for solar, the combination of solar, EVs, and energy storage were supposed to create the energy company of the future. Energy storage was the product that tied everything together, smartly optimizing when solar energy would be used and ensuring that the Tesla in the garage was always full of electrons. </p><p><br/></p><p>Last but not least was the solar roof, which was announced just before the SolarCity acquisition closed. This was supposed to be the futuristic roofing product that would attract a whole new generation of customers to Tesla's solar products. Who wouldn't want a roof that was more durable than one made of standard material, cost less over the long term, and generated electricity? </p><p><br/>
SPONSORED CONTENT
<br/></p><p>The problem is, none of those ideas have worked out for Tesla. Sales in showrooms have been a disaster, as evidenced by Tesla's shrinking installations and market share. EV customers haven't adopted solar or energy storage at a clip to build a sustainable business. And the solar roof has installations that can be measured in the dozens nearly three years after the product was announced. Nothing about solar under Tesla's umbrella has worked out, and it no longer makes sense for the company to continue down a failing path. </p><h4>Where does Tesla solar go from here? </h4><p>There aren't a lot of great options for Tesla's current solar business. It could be spun off into a separate company again, but the company would install fewer than half of the rooftop projects SolarCity did when it was public, so its value to investors may be low. The entity would also have billions in debt obligations, which Tesla would love to get off its balance sheet but public investors may not like to see. Given how poorly the solar business has been run under Tesla, separating would likely create a better business, but solar could have a rocky start if it were to be spun off right now. </p><p><br/></p><p>Tesla could also sell even more of its solar assets and cash flows. This might raise some capital, but when assets like this were sold by SunPower it resulted in a large loss because of the way assets are valued on the balance sheet at a lower discount rate than what the market will bear. Selling assets may be the best option while Tesla is still in the solar business, but it wouldn't solve the core problems Tesla has in solar. </p><p><br/></p><p>It may sound crazy, but shutting down the solar business may be a wise option given the alternatives. Tesla is probably losing money on solar today given low gross margins and high sales costs in the solar industry. The company could keep energy storage products and partner with SunPower, Sunrun, and/or Vivint Solar to sell the Powerwall, which would likely help grow the storage business overall because these companies have larger market shares than Tesla. One of the companies may even be interested in the Buffalo manufacturing plant that Tesla acquired with SolarCity. </p><p><br/></p><p>There aren't many good options for Tesla's solar business, but given what a drag it is on operations and the distraction it must be for management, getting out of solar now would be good for the car company in the long run. </p><p><br/></p><h5 style="text-align: left;">Thank you to our friends at <i>THE MOTLEY FOOL</i><i> </i>for providing the original articles below</h5>